I don’t get this. My energy supplier, e.on, has rebranded. Is that the word? It’s looks more like sub-branding. They sent me this video.

What is the video trying to say? I don’t fight or battle against my energy supplier except in the gym.

I really enjoy running but keeping all my running so localised during lockdown can be monotonous.

Here’s one answer: run every street, or as the founder called it, every single street.

The aim is simple – try and run all the streets in your local area, town or city. Instead of running you could skateboard or cycle the routes, or even walk them (but that would take a very long time). END_OF_DOCUMENT_TOKEN_TO_BE_REPLACED

I am recovering from Coronavirus, and it’s horrible.

I’ve written this article because when I started feeling better, I struggled to find out how other people were coping and recovering from it. Some background – I am male, 46 years old, usually very active (more than 200 minutes a week of intensive exercise), BMI of 25, no underlying medical conditions.

My first symptoms were on Friday 3rd April. Until then I had been working from home and exercising at least once a day on Zwift or going for a run outside.

That Friday I worked in the morning and felt fine. At lunchtime I made a sandwich. I felt tired so I brought my sandwich into the living room. I don’t think I’ve ever done this before – I always eat at my desk or in the kitchen. But I just wanted to lie down. My wife suggested I go upstairs so I let some colleagues know that I was feeling tired and went to bed.

I woke up the next morning feeling exhausted. My eyes hurt when I moved them, and although I was drinking water, I didn’t want anything to eat. I ended up not eating anything for about 48 hours. During that time, I simply lay in bed sleeping.

END_OF_DOCUMENT_TOKEN_TO_BE_REPLACED

It’s hard to believe that this blog is now six years old.

I started this blog in 2010 when I realised that customers and colleagues were asking similar questions and I wanted a more efficient way to broadcast thoughts more quickly. Those were the days before ‘thought leadership’ and other such marketing terms were commonplace. END_OF_DOCUMENT_TOKEN_TO_BE_REPLACED 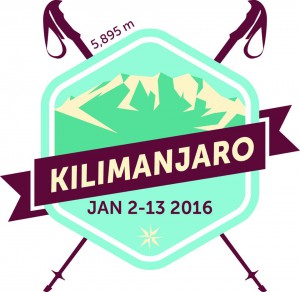 While you are reading this, I’m currently climbing Kilimanjaro, the tallest mountain in Africa with twenty friends.

You could call it a mid-life crisis. And you’d be right.

I’ll be back at work on the 14th January.

Depending on the internet connection available, and my phone battery, I will try and upload photos to my Twitter account – bradbox.

Whilst climbing Kili (to its friends) I am representing a charity which help vulnerable children. I have paid for the entire Kili trip myself. All the money goes straight to the charity (except 5% to JustGiving).

We have set up a JustGiving page. I thank you for your generosity in advance.

Four years ago I started this blog because I found myself telling several people the same piece of news and opinion. Some of them suggested I publish these thoughts on a blog, and I took their advice.

In the last four years, the amount of people viewing this site has steadily (and thankfully, significantly) increased.

Naturally, I’ve had my times where I haven’t had much to say – so I haven’t said anything (one of my favourite quotes is from Margaret Thatcher’s husband Denis, who said “Better keep your mouth shut and be thought a fool than open it and remove all doubt.“)

The last year has seen a step change in traffic, with pretty much double the level of traffic as two years’ ago.

Thank you to all the readers who come here from all over the World for their continued support.

Please let me know if you have any other topics that you’d like me to cover, and as always I’ll try to take the comments on board.

I travel to New York several times a year, and I’ve just returned from another visit. I usually go for 3-4 days but this time I was there for over a week.

I love New York, it’s energy, its people and well, there are a thousand other things too.

I often work from home, and I travel to other places too, so I’m used to working outside a typical office environment. However during this trip I struggled with one particular aspect – Internet connectivity. At Endava, we have a mobile contract with Vodafone, and when abroad, the mobile internet costs are surreal.

It costs around £3 per Mb when roaming on my phone. I had to use it on a couple of occasions, mainly for maps. But having a modern smartphone means that as soon as you enable mobile data, every other app treats internet connectivity like gasping for air, and within seconds I’m receiving updates to Facebook, LinkedIn, Snapchat, Twitter, Google plus, work and personal email accounts. Fast internet access is great, but it meant I hit my monthly roaming allowance cap within a few minutes.

New York doesn’t have nearly as many free wi-fi spots either. I know that London has more because when I take the kids out with their iPod touches, they manage to sniff out free wi-fi hotspots almost anywhere. In New York, only Starbucks seemed to consistently have free wi-fi.

My hotel had free wi-fi in the lobby area. In-room-wi-fi cost a staggering $25 per day. I refuse to pay that kind of price, even if work would cover it (my simple moral rule with expenses is “If I wouldn’t pay for it out of my pocket, I wouldn’t expect work to pay for it either”) and judging by how busy the dark lobby was with iPad screens (the dark hotel entrance hall looked like a swarm of fireflies), the other guests didn’t want to spend that kind of money either.

I’m aware that some networks, I think o2, offer fixed roaming costs for a fixed daily cost, but you have to commit to the daily amount and notify o2 before you travel.

With the amount of cloud services and social networks, our dependency on the internet keeps increasing . We need to stay connected, and mobile operators are taking advantage of this. No wonder Starbuck are so busy.

Working for IMG for a few years, I got to learn a few things about sport sponsorship. It’s one thing to put a sponsor on a t-shirt, but there are also new ways. Here are my top 5 sponsorship activations:

I’ve dabbled with Twitter for a while. I opened my account over five years ago on the 16 January 2008.

In those five years I’ve described Twitter as pretty much everything from “The Emperor’s New Clothes” to the third best free social media website. The point is, if you are looking for web traffic, Twitter is an excellent tool that borders on the obligatory.

The problem I found is that your engagement with Twitter keeps plateauing. You get a number of followers, you find a number of people to follow, and it remains stagnant for a while.

I’ve been to presentations from Twitter users, such as Bill Boorman, who have large followings, but that didn’t work either. I had 200 followers when I went to the presentation in October 2011 and the advice didn’t seem to work for me.

I read The Tao of Twitter which is a great book and I recommend you read it with a highlighter pen. I read it twice in a few days, and started following the book’s advice. I quickly built up a bigger following. I then discovered other tricks to accelerate this further.

One golden rule before you start – whatever you do, don’t buy Twitter followers.

And here are the tips for getting quality Twitter followers relatively quickly:

Finally, please let me know if this article helps you and I may produce other similar guides.

In the last few months a new search engine has been released, with a different way of providing results to Google.

Google provides results based on inbound links, called PageRank, and what it thinks is relevant content – based on locality, keywords and other page information such as the title of the page, headlines and images.

Blippex takes a different approach. It provides results ordered by the pages where users spend the most time, and assumes that the longer a user spends on a page, the page must contain high quality content. It also takes keywords and other factors into account.

Blippex uses a similar model to the Alexa website to get the page view times – it needs users to install browser plugins. This is a limiting factor at the moment – who installs plugins beyond IT professionals? Where this could become more interesting is if say, Firefox, were to buy Blippex or even licence the technology. This would give holistic user browsing stats to Blippex straight away.

Another interesting point about the technology is that part of the source code is publicly available on Github, and there’s a banner on the search engine promoting developers to further improve the product.

I’m always fascinated by companies which take on established rivals who are deeply entrenched in an industry. It forces the big companies, in this case Google, to keep innovating and pushing their products.

Please try Blippex and let me know what you think.