Time to look back on the 2017 predictions from 12 months ago…. how many of the predictions came true?

If there was one on-demand service that was in the headlines this year, it was Uber. And it wasn’t always for the right reasons. Uber and Deliveroo also led to a debate on the gig-economy and workers’ rights.

There are now on-demand services for almost every household service: 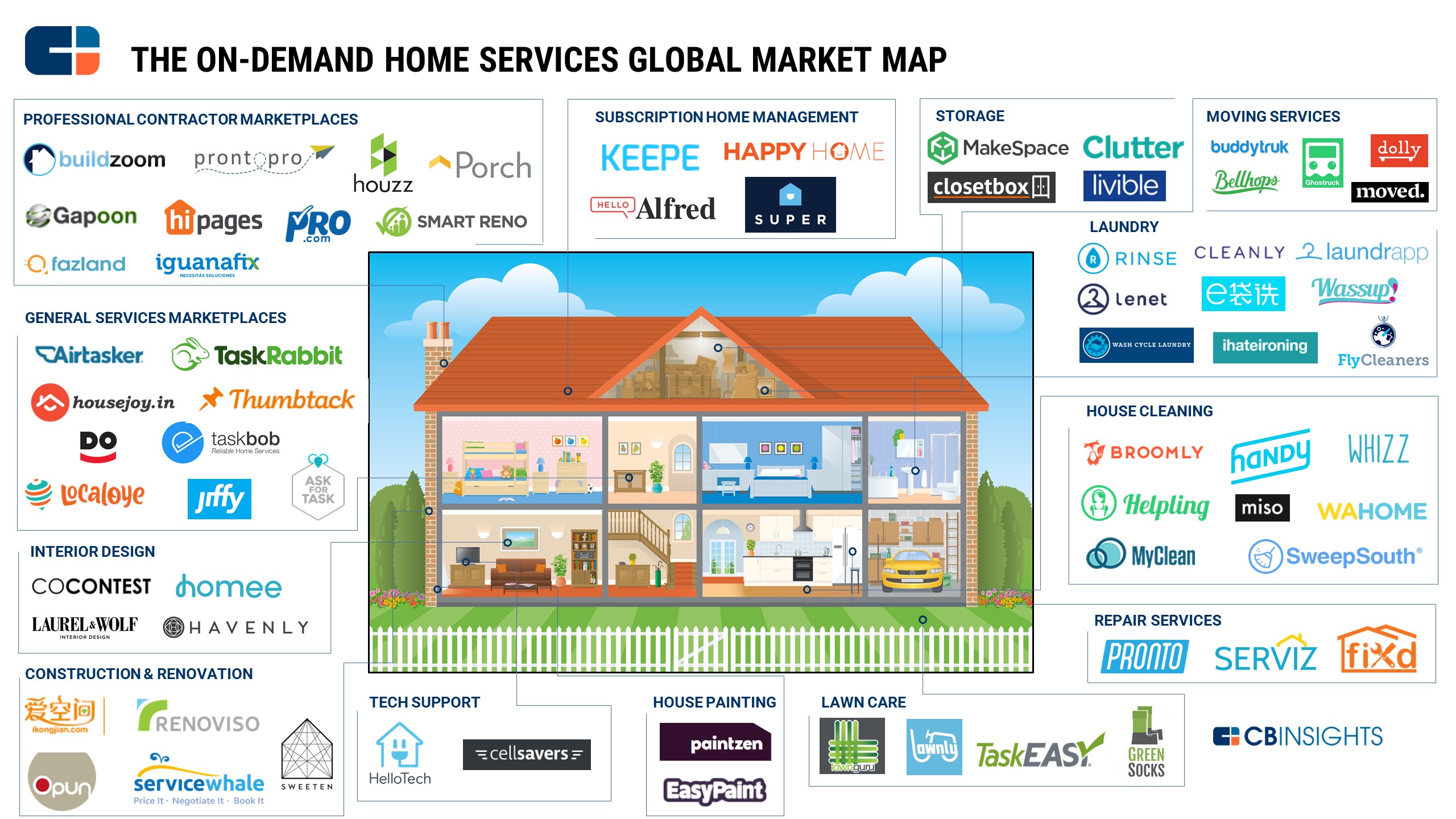 We also saw significant sales of smart speakers such as Amazon Alexa and Google Home. By May this year, the market had already grown 60% year on year. The same report showed that 1 in 10 internet-connected homes in the US had a smart speaker. Smart speakers will continue to grow the on-demand market.

Prediction rating: 10/10 – there are now on-demand services for almost every household service

Saying that, I did download the excellent Dulux app when we painted some rooms at home to help choose some colours, and the app mainly uses augmented reality.

I may have been a few months too early with this prediction, because late in 2017, Apple launched the latest iPhone, with augmented reality at its core. The latest version of iOS introduced ARKit and makes it easier for developers to create Hollywood-style (and quality) effects to iPhones.

3. WhatsApp will significantly grow in functionality

However, WhatsApp’s owner, Facebook, did introduce person to person payments inside Facebook Messenger’s app for UK users. We also saw the arrival of Apple Pay Cash, allowing Apple users to send money to each other.

Prediction rating: 7/10 – although I got the specific chat application wrong, we still saw the arrival of some cool new features

At its launch in late 2016, Amazon Go YouTube video (see below) looked groundbreaking. It was a super slick way of walking into a shop, picking items off the shelf and paying, without going through a checkout.

Unfortunately, it’s unable to handle more than 20 simultaneous users. Which makes it rather limiting.

Prediction rating: 0/10 – I’ll accept defeat on this one, even though I still think this is the future of retail shops

We saw a number of new insurance models in 2017:

6. The maturity of Insurtech (Insurance + Technology)

InsTech or Insurtech, the insurance industry’s version of FinTech, really took off in 2017. In London, we had several InsTech events each month, and we saw a number of start-up companies become more mainstream – see some of the examples above. The events got increasingly busier and then attracted established insurers.

I actually had two predictions in one last year.

I wrote, “In 2017 mobile developers will be letting us sign into apps with fingerprint or facial recognition.” Samsung and Apple both let us sign in with facial recognition in their latest models to unlock the phone, but I still need to use a PIN or password for most of my apps.

I also wrote, “We’ll be able to control more apps with voice recognition – all making it easier to sign and use mobile apps.” It wasn’t until we got Google Home at home – Google’s smart speaker to compete with Amazon’s Echo/Alexa, that I realised how convenient they are. The speech recognition is as good as a human’s and provides amazing levels of integration with other apps.

That’s a total of 48 out of a possible 70 – definitely more accurate than previous years.

I’m working on 2018 predictions and will release them soon. In the meantime, happy new year!