It would have been difficult to forecast what happened this year. But let’s see how those 2020 predictions fared in the oddest of years.

I said that “At the end of 2019, the Google Home device in our kitchen started answers requests with more suggestions of other skills.”

Here in the Howard household, our device continues to promote other skills to us, but very little compared to my mobile phone’s alerts and relevant suggestions.

On a related note, Alexa users were able to summon Her Majesty into their living rooms from 3pm GMT on Christmas Day with the words “Alexa, play the Queen’s Christmas Day message”.

Verdict – 2/10. There’s so much more that our home devices could be doing at the moment.

2. Wearables beyond your wrist

Last year I said, “Next year we’ll start seeing many more devices, such as spectacles from Vue or ByNorth (my favourites). With the announcement of the iPhone 12, we’ll probably hear Apple launch a new type of wearable beyond the Apple Watch.”

ByNorth were then bought by Google in June 2020.

2020 was the year of buds – truly wireless earphones. Apple’s sales of AirPods alone make up a bigger business than many other tech businesses – see below.

And in each of those AirPods is a Siri waiting to interact.

I called out Google’s acquisition of fitbit last year. It took until December 2020 for regulators to approve this, so we can expect to see releases next year.

Covid-19 had harsher plans for businesses than we ever predicted. Lots of famous high street retailers closed due to the pandemic. Most of these had delayed or avoided ecommerce for several years. I always feel sorry for the customer facing staff in these companies.

And Wirecard had an altogether different business model…

Ironically, I singled out Peloton as a likely takeover target from a profitable business such as Nike or Specialized bicycles. This time last year, Peloton’s bottom line was a $196M loss. This year it’s likely to be over $50M in profit!

Verdict: 7/10. Businesses have to show a real model to stay viable. Airbnb needed to return to profit before it’s IPO this year – even if its valuation has become unreasonably high. I lost points for singling out Peloton which has done particularly well.

Not that type of earning-a-living from home, which no one could have predicted the stratospheric rise of this year; I predicted that we would see many more exercise devices appear in our homes this year.

Due to the pandemic, sales of all exercise equipment have leaped beyond the wildest imagination from a year ago.

Other new smart devices include: Fightcamp (boxing), Temp (strength), NordicTrack (rowing), Echelon Reflect (yoga and other sports) – the list goes on and on.

Only the ecommerce links and marketplace predictions came true.

DAU (Daily Average Users) still continues to climb over 10% each quarter, which is breathtakingly successful. 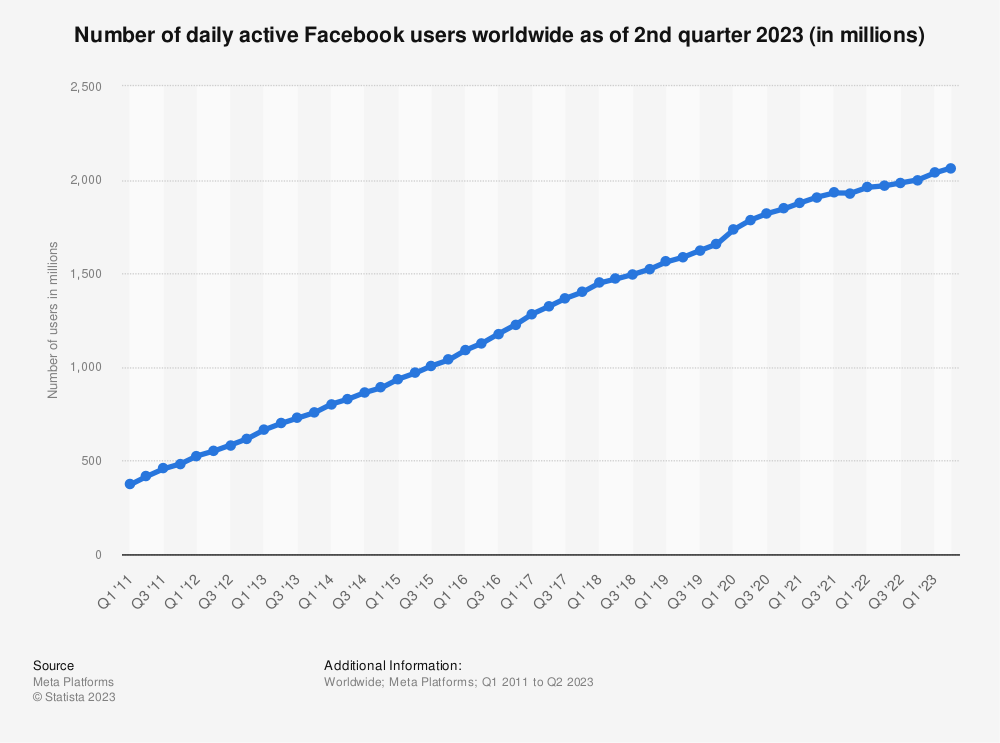 Verdict: 3/10. The ecommerce part came true. The World’s most popular social network continues to grow in popularity. It would just be nice if all its family spoke to each other.

I said that in 2020, “wastage will become socially unacceptable”. In some ways, it was bigger than predicted – investors focused on companies that behaved themselves environmentally, socially and [with good] governance (ESG).

ESG has become the new investment acronym of 2020. Great! ESG is important because it classifies companies as “socially-good”, and more importantly, it excludes the ones that aren’t.

In early 2020, during lockdown, we heard the birds singing over empty highways, cyclists given much more room on roads, and people started enjoying the outdoors more than they had done before.

This was little consolation to the family of Ella Kissi-Debrah who died in 2013 from poor air quality in London. Her case made legal history by ruling that air pollution was a cause of the death of a nine-year-old girl. During the trial, Ella was described as “being the canary in the coalmine”, as she served as an air-quality warning to people living in large cities around the world. Sadly I suspect we’ll see similar cases worldwide until we can sort out pollution in metropolitan areas.

Verdict: 7/10 ESG is a great start because financial pressure may encourage companies to focus on their social responsibilities. However our air quality is falling and we need significant changes.

I predicted “Just imagine if the new iPad, the iPhone 12, or the next Samsung Galaxy will accept contactless payments. This will turn every handset into a payment device. It would significantly replace the number of cash transactions with cards.”

Verdict: 0/10. Patents exist, but there’s nothing available in the mainstream today.

Most people probably longed for nostalgia at some stage during 2020. We all got to miss what we always took for granted – a hug with parents and grandparents, to the simple freedom of going anywhere whenever we wanted!

Nokia’s haven’t made a comeback, but sales of board games on Amazon were up 4,000% percent year-over-year during the last week in March, and in-store sales at Walmart were up 100%.

[Jigsaw] puzzle maker Ravensburger saw its sales explode in March. U.S. puzzle sales were up 370%, year over year, in the last two weeks in March, and sales on March 25 were 10 times higher than the same day in 2019, according to a company spokeswoman. (Source: Forbes).

While we were all working from home, the term “cottagecore” (a curated collection of nostalgic home goods and décor,) was searched for between 25 and 100% more during 2020.

The one prediction I had within in my control didn’t pan out too well! My lack of writing in the second half of the year was a combination of a change in my role at Endava and commitments outside of work that filled my time.

Verdict: 5/10. It was all going well until the summer. There’s always next year…

Total score: 50% (45 out of 90). It was one of the lower performing annual predictions, but it was a wild year. This may have been the first year that was the opposite of Roy Aymara’s famous quote, “we overestimate the impact of technology in the short-term and underestimate the effect in the long run.” – this year was full of high technology impact.

Keep checking the site to see the predictions for next year!