How did my 2013 Digital Media predictions from last December turn out?

2013 was due to be another tough year. Still in the depths of the recession, 2013 followed the pick-me-up of the 2012 London Olympics – it was billed as the hangover year. But 2013 proved, especially in the UK, to be a signal of the end of the recession.

1. Many, many new devices will be launched

A number of UK retailers and European super brands launched their own tablet devices – Argos, Tesco & Deutsche Telekom to name a few.

And at the end of the year we’ve seen the launch of the new XBox One and PlayStation 4.

And continuing the tradition of previous predictions that it will finally be the year of the 3D printer, even Argos think that at some point we’ll be printing stuff out at home.

The reason for that valuation? According to Comscore, Yahoo! has seen a 21% increase in visitor numbers, and in July had more traffic than Google.

It’s been a mixed year for Microsoft. On the good news front, Windows 8.1 has helped with the market perception of their latest Operating System. Personally I couldn’t go back from Windows 8, I really like it. XBox One has also helped.

On the not so good news, 2013 has seen a stuttering stock price and the CEO Steve Ballmer resigned.

Microsoft is still a fantastic company. 16% growth (year on year) in the first quarter for 2014 to $18.5 billion revenue with a healthy profit margin. A new CEO who can sort out a strategy for the next decade will also sort out the stock price.

Indoor GPS hasn’t taken off as expected. Google are busy mapping (and recording Street View) as many shopping malls and larger buildings as they can.

5. Learning to switch off

2013 didn’t quite promote Quiet-modes as much as I’d expected (or hoped). That being said, when I went on holiday in the Summer and told people I wouldn’t have my mobile or laptop with me, they said it was an inspiration, but they wouldn’t be able to follow suit.

Google has become even more context sensitive in 2013, especially on Android devices with the launch of Google Now. 2014 will see new Android releases which push Google Now to the main menu screen.

Unfortunately other websites haven’t followed suit. I’m not sure whether it’s the funding or the want, or the imagination to build a page which could be different for everyone. Either way, we’re not seeing as many context sensitive, personalised experiences as we should.

The last time I saw one was when I received Google Glass, and it was used to transfer a number of settings from my computer to Glass. So it made a lot of sense. A lot more sense than replacing a human readable, memorable domain name with a QR code – and that’s why I dislike them.

Our company healthcare insurance has launch a smartphone app which tracks how much exercise we all do. It groups everyone from Endava together and shows a leaderboard of who’s done the most exercise – a great piece of gamification.

We’re at the tip of the iceberg. In years to come we won’t visit a doctor for routine appointments, we’ll use sensors on our smartphone to communicate with healthcare professionals.

9. Drones buzzing in the sky

My favourite TED video this year was about robotic (i.e. automated, unpiloted) drones. And this month Amazon announced that by 2015 they’ll be using drones for deliveries, assuming legislation is available.

Drones will change society more than any other technology in the foreseeable future.

Prediction rating: 7/10 – A bit too early, but we’re on the cusp of a an amazing change to society

That’s a total of 53 out of a possible 90. Not as good as previous years, although I’d tried to be more adventurous than previous years. I’ll release the 2014 predictions in the next couple of weeks.

What is it with QR codes?

Has there ever been another technology that has been so misused and misunderstood?

QR codes should be the first step to seeing an advertisement in the ‘real world’ and buying it in one or two clicks. However their implementation has been completely misunderstood and that’s why they won’t be around for much longer.

How QR codes should work

Imagine this scenario. A customer is standing at a bus stop and sees a poster advert showing a piece of clothing. The customer wants to buy the item, so they point their smartphone at a QR code on the poster. The smartphone takes them to a simple screen asking for colour, size and so on, and then a payment process.

QR codes should be the technological vehicle to enable impulse purchases.

Ideally, the landing page will already know the following details about the customer:

In the ideal situation, all the user needs to do is enter a security PIN number or a password, and the item will be dispatched to the customer straight away.

How QR codes do work 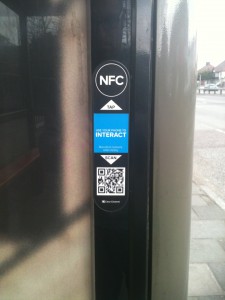 I had to take my bicycle in for a service earlier this week, so I cycled there and caught a bus home. While waiting at the bus stop I saw an H&M advert for a dress, with a QR code next to it. I wondered how close the QR code would be to my ideal scenario.

I used my iPhone to look at the QR code and the results was the second worst scenario possible. The worst case scenario would have been a broken website.

What happened, was that the landing page was simply a link to Google, Bing and other Internet sites.

Playing devil’s advocate, perhaps the advertising company who owned the space for the bus stop poster may have been collecting the number of QR code clicks. However this isn’t a valid excuse because I shan’t be using their QR codes again.

If you are an e-commerce site, I recommend you take advantage of this poor implementations and advertising. Start offering single-click purchases from advert to confirmation. And let me know how you get on.

The photo opposite shows two adverts from an in-flight magazine that I saw recently (they weren’t facing each other in the original magazine). Both adverts have a QR code in the bottom corner of the ad.

The first question any self-respecting marketer should ask themselves is why put a QR code on an in-flight magazine. The user can’t zap the code and see the website on an aeroplane.

So the first rule, is use QR codes sparingly. Don’t use them at all on in-flight magazines.

Next, I ask you to look at the hotel advert closely. Are you capable of typing into a browser the domain name at the bottom of the advert next to the QR codes? I would imagine most people are capable. So there’s no point of having the QR code there, which goes to the exact same URL (I’ve tried it) as the human readable domain.

On the Wenger watches ad, the QR code is more sophisticated. The QR take you through to the Seaforce range of watches, which matches the model in the advert. That’s a start.

If you are thinking of using QR codes, do so sparingly. And if you still want to use one, please include a referrer code (you can make one up) to track how many people zapped the code.

Back to the first rule: if you’re using a QR code, make sure someone will have an Internet connection where they see the code. 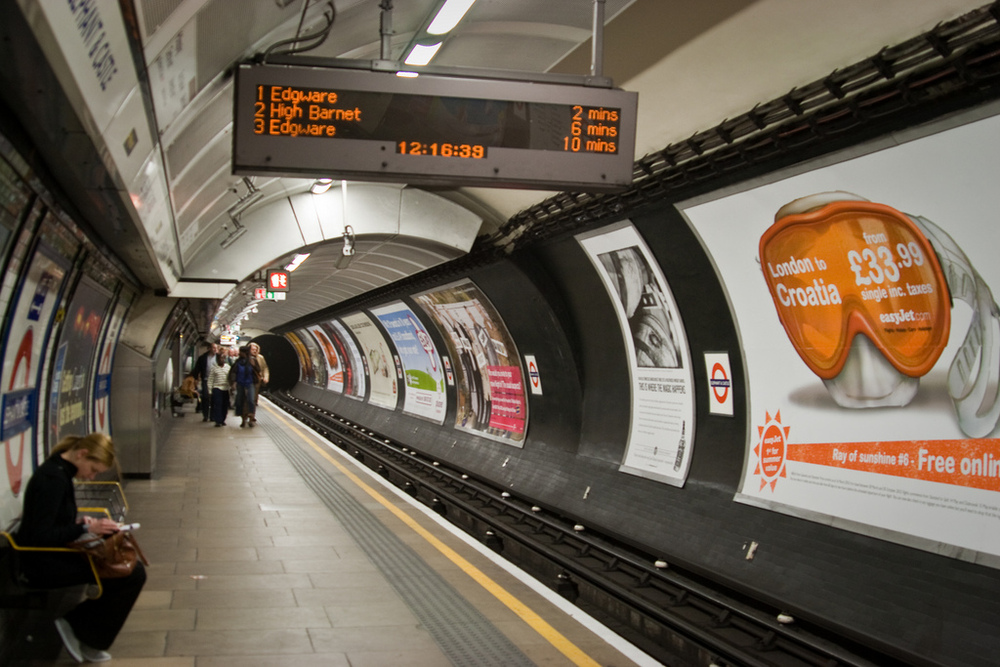 Every day I receive a link to a news article describing how powerful mobile shopping, or m-commerce has become. 98% of mobile commerce revenue is from iPads and there were $240 billion of mobile payments in 2011 – rising to $1trillion in 2015, Amazon have sold $1bn of products in the last 12 months, and eBay sold $5bn of products last year.

However, I think we’re about to see a step change in these revenues, because most m-commerce offerings are simply migrating their web offering to a mobile equivalent – either through app or a web browser. The statistics above are still mightily impressive, however there’s a lot more room to grow.

Amazon’s one click ordering makes it easy to buy a product, and eBay’s feedback rating is a brilliant piece of loyalty marketing – once you’ve won an item via Buy It Now or through an auction, the feedback rating psychologically compels consumers to go through with the purchase without any of eBay’s manual overhead.

Both of these systems are great for impulse buying, but are separated from marketing.

The next version of m-commerce will marry brand marketing and impulse buying. Consider these two scenarios:

These scenarios require a number of barriers to be broken down before the purchase process can be made quickly and easily. Consumers won’t have the time or inclination to enter 4 pieces of information from their credit card for each purpose – it needs to be simplified. A current example of this is PayPal’s mobile app which has been simplified recently to remove long passwords and replace them with a 4 digit PIN number.

In order for this new world to occur, three things need to happen: