This week I’ve been working from our newest sales office in Atlanta, USA. It’s been a great week, and we’ve met some really interesting (and super friendly) people and companies.

During the visit, I spent some time looking at the consumer media offerings over here. The US has often been ahead of the UK market when it comes to television, but the UK leads the world in some web offerings – such as grocery shopping and BBC’s iPlayer, so I wanted to see what the US has to offer. And it’s difficult to do this from the UK because so many sites are geo-blocked. END_OF_DOCUMENT_TOKEN_TO_BE_REPLACED 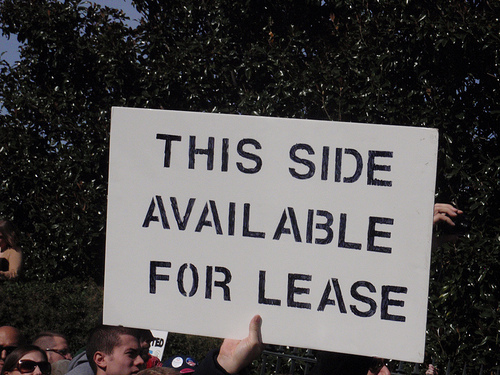 In summary, SOPA is a proposed anti-piracy law in the US which would help prohibit illegal content on websites by imposing harsh penalties on sites that host it.

Protests were held by some of the highest traffic websites on the Internet including Google and Wikipedia and were reported by the TV news.

Remember that Google own YouTube, which allegedly hosts many videos of illegal TV broadcasts (broadcasters and content owners can upload it to YouTube if they wish).

That’s one aspect of SOPA. Another aspect is that many websites that show illegal content use advertising as a source of revenue. SOPA wants networks which provide this advertising to become liable for where they are used.

If you took the Google search algorithm and posted it online, Google would take you to court and try to shut down any sites that host the illegal content. Yet Google refuses to be held accountable for the thousands of allegedly illegal videos it hosts on YouTube. These videos are illegal because they are TV recordings and violate copyright. Either Google does, or does not respect copyright.

Google are rumoured to be bidding for the Premier League rights. It will be interesting to see if Google win the rights and then watch their lawyers report websites which contain illegal footage. Will Google remove these websites from the search results? Will Google remove their adsense and adwords accounts?

And the same applies to Wikipedia. Whilst I’m not suggesting that you actually do this, if you set up a website tomorrow and wrote a script to copy all of Wikipedia’s comments to your site, would you expect a legal letter from Wikipedia? Of course you would, because we understand copying content without permission is illegal from our school years onwards.

The value of content has been steadily fallen and the Internet has accelerated this. I don’t want people to copy my content illegally, and I respect the US for trying to help protect content.

The New York Times reports that the average attendance so far this season, after 22 home matches, is 31,892, compared to 38,744 last season. The 18-per-cent drop is puts the Mets second in percentage terms in falling MLB attendances this season. The Cleveland Indians are down 30 per cent on their last year’s average, although this translates to a loss of only 6,585 fans a game, less than the Mets’ 6,852.

Bad weather and poor performances by the Mets are being blamed.

“The problem is last year the tickets were really expensive and the team stunk and that can really stick with fans for a while,” said Jon Greenberg, the executive editor of Team Marketing Report, a sports industry research company.

Greenberg said a trend of new stadiums boosting ticket sales that was evident in the 1990s had tailed away.

“Stadium fatigue sets in much faster than it did before.”

The Mets cut ticket prices by up to 20 per cent after last season – their first at Citi Field – in an effort to pre-empt the “stadium fatigue”. However its monthly report to the MLB’s commissioner’s office in March, showed ticket sales had dropped 40 per cent from the same period a year earlier.

With more and more content appearing free, or nearly free of charge – such as Spotify and iPlayer, there is a widespread opinion that live events will become more popular.

There are more music concerts than ever before, and these are likely to remain premium, high ticket cost (with a huge reliance on revenue from merchandise and other outlets at the venue).

However, American sport is the first report that I’ve seen which shows that even live events are being hit. This may be due to the recession last year, and this article suggests it’s also to do with team performances.

If I was a media owner distributing my content for free, this article may provide some worrying evidence of having to find yet another business model.

What a ridiculous comment David Drummond, chief legal officer at Google made about the Italian verdict.

He told the BBC News “It is like prosecuting the post office for hate mail that is sent in the post”. There’s a fundamental difference here though – the Postal Service can’t see what’s inside each envelope and parcel. YouTube can see every video that is posted.

Until now, YouTube have been on a honeymoon period of ignoring all copyright infringements and legal requirements in becoming a broadcaster. This is changing very quickly.

I applaude the Italian courts for having the backbone to becoming the first country to stand up to the most powerful company on the Internet. 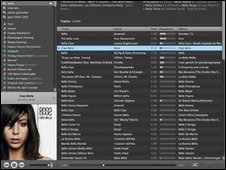 I have been saying for a while that we currently are at a peak amount of receiving free content on the Internet. We currently receive free news, music, radio, TV, books and podcasts.

This is not commercially viable in the long term. The concept of always finding advertisers to fund this is too risky – it’s the continuous balance of finding an equilibrium of advertisers and content owners.

Today’s news of Warner stopping licensing of free songs on Spotify and other services should come as no surprise. Quite the contrary – we should expect this to ripple through the rest of the industry.

However I will be interested to see if Warner do allow premium Spotify subscribers access to it’s catalogue.

Maybe this is the start of the demise of the ‘Freemium’ business model.

It’s interesting that Google/YouTube can’t be sued by anyone for having illegal content because they are *only* a search engine, yet now they are paying for rights like everyone else, they’re actually a broadcaster…

Could you imagine ITV or Fox paying for the rights for one sport, and illegally showing another? Why is YouTube different by paying for IPL content, and happily serving hundreds of thousands of illegal Premiership content (this clip has had 2.6m views – )?

Also, you’ll see situations where you’re watching an IPL match, and see adverts for illegal tickets being shown in the overlay ads (because again, Google don’t need to moderate its own adverts)!!