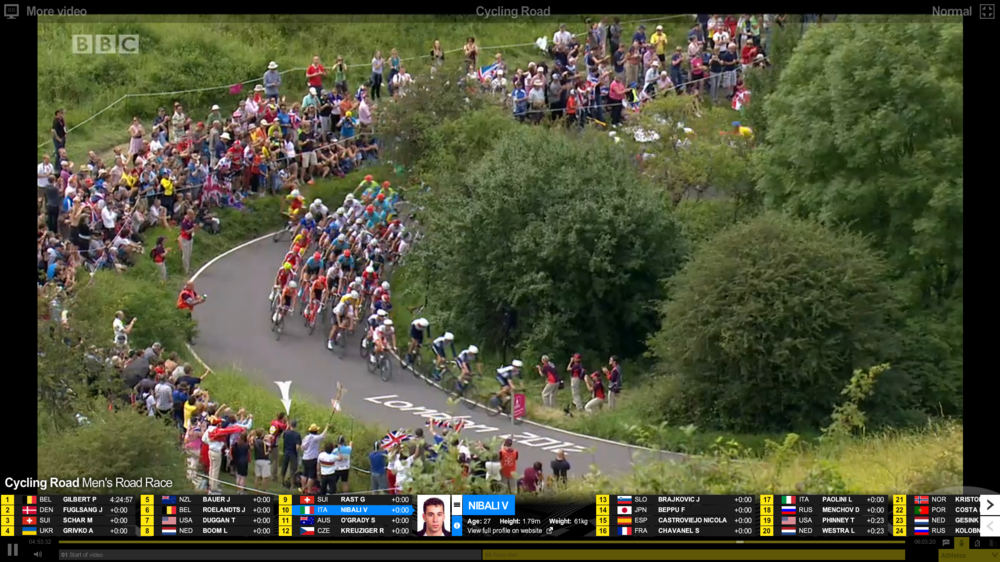 So the Olympics are finally here. 7 years ago and around 9 billion quid later, we got to see an opening ceremony that was educational, humorous and grand (how did they convince the Queen to do that?), and a first day full of world records, surprises and disappointments. Fantastic.

On the digital media side, we’ve seen the BBC revamp their homepage (which became the same template as their microsites), and the video player has slowly been improving too. But when the Olympics started for real, the BBC video player sprang to life.

I don’t really subscribe to the second screen theory – I’ve seen some crazy stats that TV viewers use related apps on their mobile or tablet, to what they’re watching.

I do believe people (especially my family) sit on the sofa on their iPhone playing games or on Facebook – unrelated to the TV programme they’re watching.

I’ve seen demos of TV apps which allow you to tweet or watch a Facebook activity feed during a programme – really annoying and disruptive.

However the BBC video player for the Olympics provides the perfect level of interaction, additional – read ‘relevant’ – information. Then throw in PVR-style functionality (for non-techies – it’s like Sky+ with rewind, etc.)

I watched the Tour de France on the ITV website and sometimes it was frustrating not knowing who was in the lead and the peloton – I wasn’t necessarily interested in specific positions, but you need to know if the camera is with the leaders or not.

The BBC player shows event information and allows you to look at a summary of a specific athlete as well. All in HD.

Here’s to the next fortnight, with super weather and medals galore for Team GB!