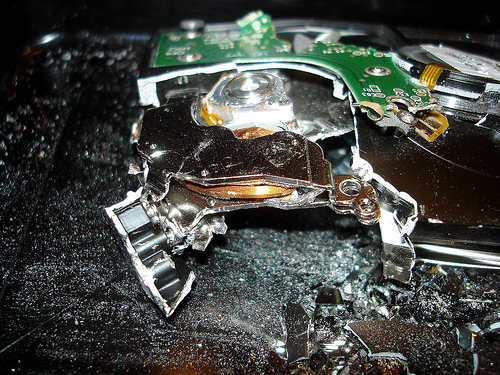 In December 2010, I started looking for a software utility to back up my data on my home PC to my FTP server that I use for some personal websites.

The inevitable happened – I turned on my PC one day and the computer wouldn’t boot. I tried a number of different utilities and rescue remedies over the following days, but after a while the BIOS in the PC didn’t even recognise the drive. I bought an external hard disk caddy, plugged it into my laptop and only half the time my laptop could see the drive but no data. When it did recognise the drive, it would lose it after a few minutes.

I quickly asked some friends on Facebook for data utility recommendations.

Someone recommended a utility from SysTweak. I downloaded the trial – it showed me the contents of my disk! I recovered a few files, which worked. I quickly paid for the full version.

To recover the whole drive I had to do a hard disk scan. But everytime I started a scan it wouldn’t complete because the drive ‘disappeared’. It was really frustrating and time consuming.

I came into work one day and asked the super-techie-support chappies what to do. They recommended a data recovery company. However data recovery companies are the modern version of builders – most people wouldn’t recommend a company they’d used before! Apparently these companies all offer really low prices, but once you send your drive to them, they open it and then you receive the infamous “Oooooo, it’s worse than you described”, and then you’re led into further gotchas and costs.

You want recovery media – how else are you supposed to get hundreds of Gb back? You’d get charged full RRP for an external drive from these cowboys.

I was pretty despondent by this time, however the manager found me and recommended one company he’d used for a similar personal situation to mine – Datatrack Labs. I contacted the company and took a really cautious approach.

In the end, I managed to get the data recovered for around £350. It was considerably more than their website’s “starting from” cost, but they were open to negotiation because I was an individual rather than a business and I wasn’t in a hurry. I got all my data back on an external drive in a few weeks.

I’d highly recommend using Datatrack, in an industry which doesn’t get a lot of recommendations because of the cowboys out there. Actually, I’d recommend you back up your data more often.

Photo courtesy of Remi on Flickr (- it’s not a picture of my hard drive!)