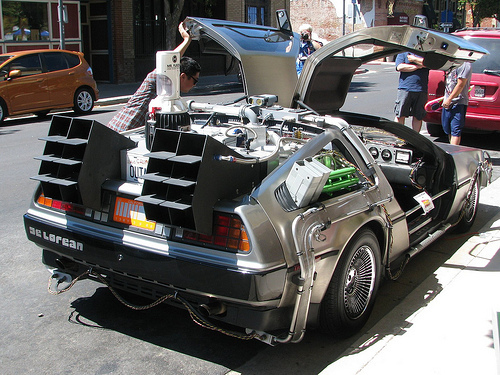 Someone from Visa sent me a brand new whitepaper about Visa’s view of the future of technology and payments, the future being the next 3-5 years. The main purpose of the whitepaper is the first in a series of thought-provoking, thought-leadership pieces to discuss in the industry. How they plan to discuss it, is interesting in itself – I’ll deal with that at the end.

The whitepaper cleverly pulls together various emerging technologies into 7 key trends. The first 3 are technological and the last 4 are social.

Mobile and identity issues are raised as you’d expect. The future of payments is probably via a phone rather than a card. And pull mechanisms (also called invisible payments or background payments) such as regular top ups such as ‘Oyster cards‘ are going to be more common – including us wearing such devices.

Put it another way – if you travel on the underground, purchase items on Amazon, eBay and the Apple App store, you won’t need your card number at any point, because each sites remembers your card details. If I said ten years ago that you’ll pay for computer programs, books, music or even second items in the same way as you pay for your electricity — background payments without referring to your credit or debit card — anyone would have laughed.

Whilst the continuation of the transfer from cash to electronic is going to keep increasing, I still think there will be a requirement for cash. If you disagree, try and find a tradesman (plumber, builder, electrician, etc.) who deals exclusively in electronic payments and you’ll get my point.

At the other end of the spectrum, virtual currencies don’t get a mention. My view is that virtual currencies inside websites such as Facebook and especially online games will become huge. At the moment Visa Inc is dealing with these new payment companies by buying them outright.

I’m being negative, however the document does pull together huge topics such as social media, mobile, personal identities, Big Data, invisible payments and cash into a short, clear and concise conversation starter.