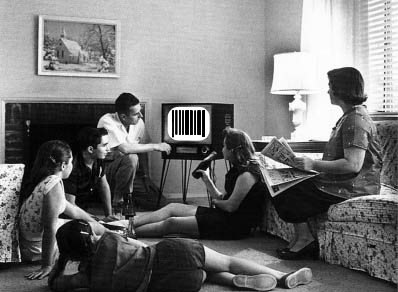 For the last few weeks Mrs H and I have been watching TV programmes almost exclusively using on-demand services. We have BT Vision at home, which includes a comprehensive iPlayer ‘application’ as well as catch-up players for the other channels.

I often refer to catch up players/ on demand television as TV version 3. Version 1 was standard, or linear television… switch the box on to any channel, sit back and watch it.

Version 2 was the invention of the Personal Video Recorder, or PVR. No tapes were required, yet you could instantly record or pause live television. In the US, PVRs took off with Tivo, and in the UK they took off with Sky+.

TV v3 is very different though – you sit down and then choose which programme you want to watch. There’s absolutely no planning involved. There’s also no monetisation… there are no adverts whatsoever.

For the BBC iPlayer this doesn’t make any difference because if you watch a BBC channel there’s no monetisation in the first place. Though watching any other channel such as ITV, Channel 4 or 5, or Discovery – it’s very strange to watch a 44 minute programme in… 44 minutes, without using a DVD.

If you watch the ITV player online (i.e. on a computer), they ‘hard code’ (you can’t skip them or speed them up) advertising breaks into the programme.

Perhaps the audience using the TV to watch catch up programmes is small – which is a real irony in itself.

I think it’s one of the reason why product placement on TV programmes is becoming so important. For the last few years – since TV version 2, we’ve been skipping through ad breaks, and with version 3 we don’t see them at all, so advertising needs to move inside the programme.

On “I’m a Celebrity…” next year, start getting used to the idea of the contestants wearing branded clothes, drinking specific beers in the evening and seeing low flying jumbo jets overhead!