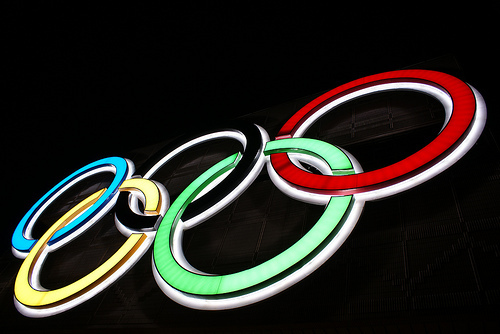 1. The Olympics summer of proof-of-concepts

A huge amount of corporate investments will go into the Olympics, so we’ll see them spend their money on sponsorship and advertising more than product development. This will mean we’ll see a lot more cutting edge, proof of concepts (in adverts) rather than market-ready new product launches.

2. Social to level off, but will become a central hub for our activities.

Just like you currently open your browser to look at a number of websites, I expect your homepage will be a Facebook, Google+ or LinkedIn page which will then keep you within the ‘walled garden’. Expect to see a close tie up between the social networks and a search engine (Google or Bing).

Expect one of the big websites to collapse which has been too dependent on more and more VC funding rather than its own revenues. We’ll witness the collapse and realise that our own data has gone with it, and then we’ll realise how important that data really is.

It’s been a long time coming, but 2012 will be the start of mobile payments. I don’t think consumers will be paying via our phone in 2012, but you’ll see the banks start the education process using advertising and proof of concepts to enable consumers to see that by the end of 2013 we won’t need a credit card any longer (except when the battery runs out).

5. 3D printers after the Olympics

If it weren’t for the Olympics, I think 2012 would have been the year of the 3D printer. You can already buy them from under £2,000 and that printer will fall as demand increases. 3D printers will compete with Windows 8 for Christmas presents next year.

6. Akamai stock to rocket around EURO 2012 and the Olympics.

The Content Delivery Network Akamai will be covering the two biggest sports tournaments of the summer for most broadcasters around the world. With encoding bitrates (quality) constantly increasing to end viewers, they will be handling record levels of traffic during the summer. More traffic will mean significantly increased revenues.

In a bid to keep their logos on the screen in ever more engaging user interfaces, expect to see JavaScript toolbars being used more regularly, sitting like a taskbar inside your browser. This is not to be confused with browser toolbars – I don’t think you’ll be proactively installing anything.

8. Home automation to make a comeback

Its been possible to connect your household appliances to a computer for many years. The problem has been selling it as a technology rather than a function – and this made it marketable to geeks and no one else. With apps such as Sky Anywhere, people will want to turn their heating up, or switch the oven on while they are commuting home from work.