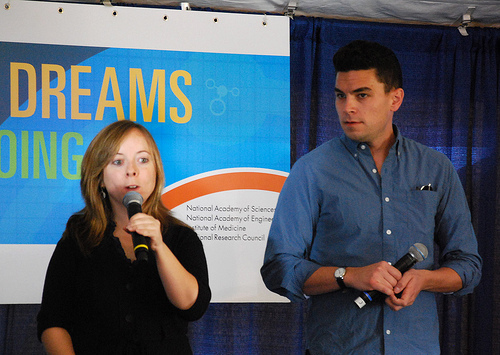 One of the meetings I had in New York was with NBC – one of the biggest media and entertainment companies in the world.

We had an interesting conversation ranging from world instability to the economy, sport and the army before we moved on to technology.

Since arriving in the US on the Sunday, I had heard many people explain how they no longer subscribed to TV networks (cable or satellite) and were now consuming all their content from Internet services. These services ranged from LoveFilm (subscription), Hulu (free, and advertising funded) and the amazing MLB.com to illegal streaming services (mainly for sport).

We agreed that this shift will accelerate. It will plateau – I don’t think all users will migrate from TV services, but we will see step changes, literally hundreds of thousands of users stop paying for subscription services as they move to Internet services.

I heard from another broadcaster while I was in New York that the only content that advertisers wanted to purchase is sport because of the evidence of users TIVO’ing (Sky+ or BT Vision recording) and missing the adverts out. Sport has become so dominant with advertisers because most of the time it is watched in real-time, and you can’t skip the adverts. So this broadcaster now sells packages to advertisers where sport is part of the bundle. You can’t just buy a sport advert slot any more. You have to buy the documentary channel at 3am if you want to buy the Sunday afternoon American Football slot. Brilliant!

That helps with the funding gap for advertisers. There will always be enough advertisers desperate to cover sports adverts. However, as users start to migrate to Internet services and spend less money overall on content, we are going to see a rapidly shrinking investment bucket for original content elsewhere. What will fund the new CSI, House, Heroes or documentaries? The broadcast networks are working hard to solve this problem at the moment.

One possibility is that Google or Apple (or maybe Microsoft but I think they’ve experienced enough losses from Xbox TV and film services to put them off) will become so successful at a closed-loop network that TV viewers will keep spending money through their content-stores and that will keep revenues high for content producers.