It’s been absolutely crazy busy at work for the last few weeks, mainly on the new business front. I’d like to add this is a report, not a criticism. Anyway, when it gets this busy at work I often remember Bill Gates’ book The Road Ahead where he discusses how future business will all be conducted by electronic systems exchanging data with each other.

The truth has turned out to be quite the opposite – customers want ever increasing levels of detail before signing up to a product or service.

I did get a chance last week to go to an interesting technology event run by Vizrt. The event was aimed at their large publisher and broadcaster customers – many of the broadsheets and tabloids use their system (or similar competitors) for creating content for their newspapers or TV news snippets. We were there because we work with some large publishers, integrating their systems together.

One of the speakers at the event was Morten Holst who is a Product Strategy Manager for Vizrt, and raised some interesting points which are paraphrased below.

Morten’s first point was to wake up the audience with the following video:

His point was that whilst the video is amusing – a baby who knows the iPad interface so well that she can’t use a paper magazine, and even checks her finger to see if it’s her finger that’s broken – this baby is going to be a consumer in ten years. Publishers and broadcasters need to wake up and realise their consumers are changing very quickly.

His next demonstration was a comparison of a web site 10 years ago and nowadays. I’ve used the BBC News website as an example below. 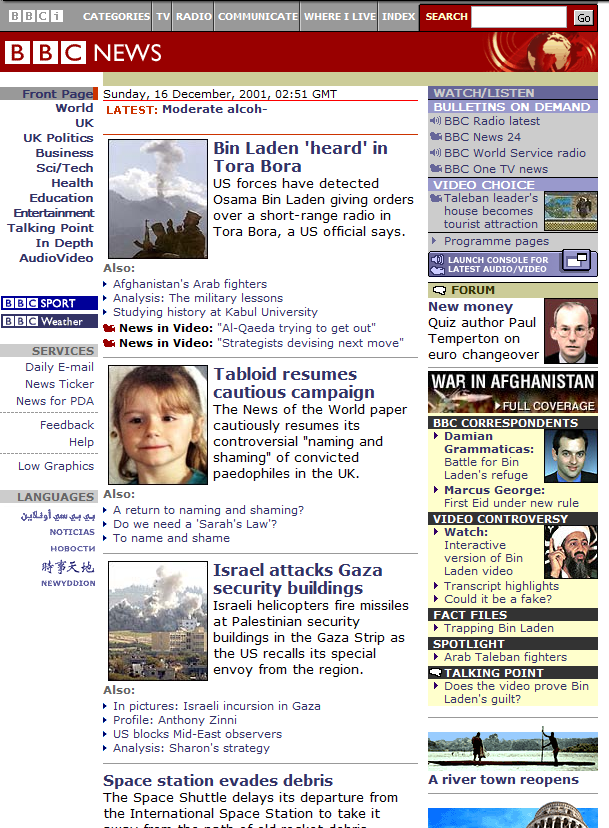 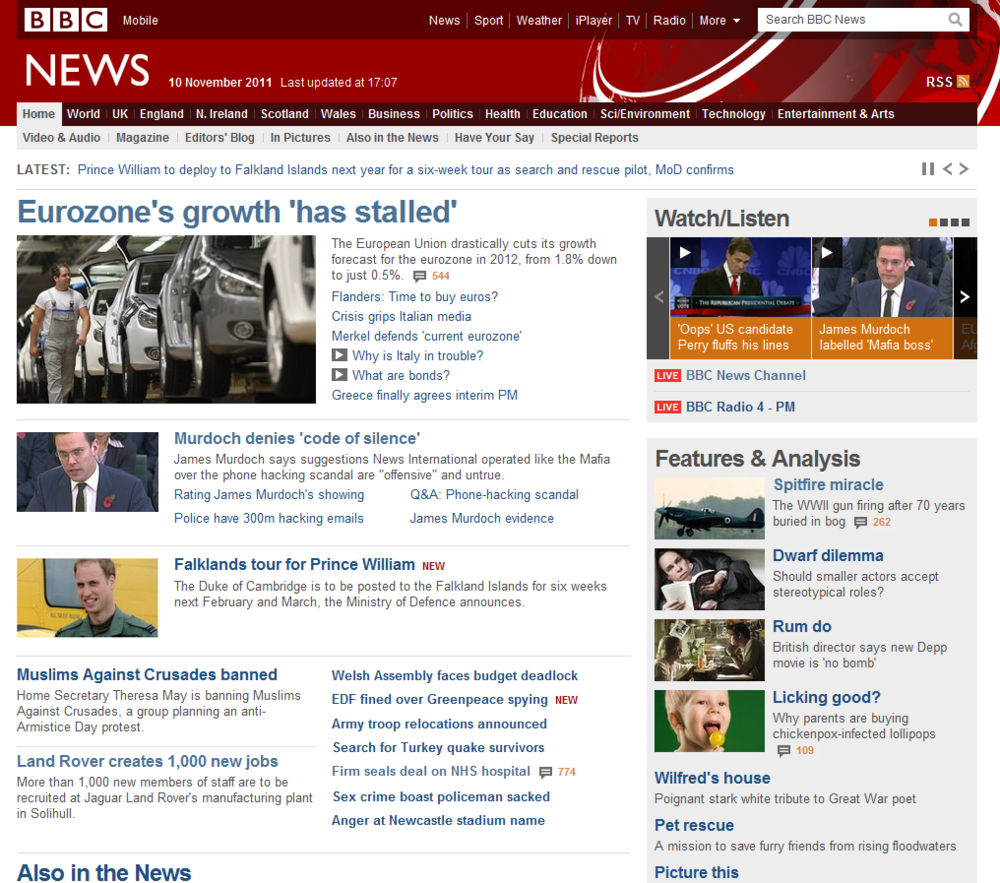 Look at the two homepages for a few seconds, and you can see many similarities. In fairness, over the ten years, not a huge amount has changed.

I’m not particularly targeting the BBC (it’s still my favourite news site). The point here is that publishing hasn’t actually changed very much in 10 years.

Now look at another entertainment industry over the last ten years. Look at the video below – if you can, try to watch it in HD.

Morten’s point here is that 10 years ago these kinds of graphics and sound effects were considered motion picture quality. Now they are considered the acceptable standard of computer games – this year’s Battlefield 3 (the video above), FIFA 12 and Call of Duty Modern Warfare 3 are good examples.

The video games industry has recognised a number of times that it needs to push the boundaries of user interfaces, presentation and design – think of an Xbox 360, the revolutionary Wii controller, then the revolutionary Kinect controller. To put that into perspective, the Xbox and Wii were launched within the last 6 years.

His final point was about comparing printed content to digital content. If you read paper magazines, the photography is usually outstanding – full, double page and high quality. That same image will be shown as a 2 inch square on the web, and won’t get a second glance.

The iPad is encouraging publisher’s to think more creatively, by designing beautiful interfaces. In truth there’s no reason the iPad can encourage creativity and a web browser can’t. However the iPad has been disruptive enough in digital terms to make editors want to push the boundaries.

So, on to the future, Morten encouraged the audience to start pushing the boundaries, to stop doing things the same way because that’s how they’d always been done. The functionality has moved on enormously, yet the editors aren’t using the new features, yet.

1 thought on “Why Publishers and Broadcasters need to change”