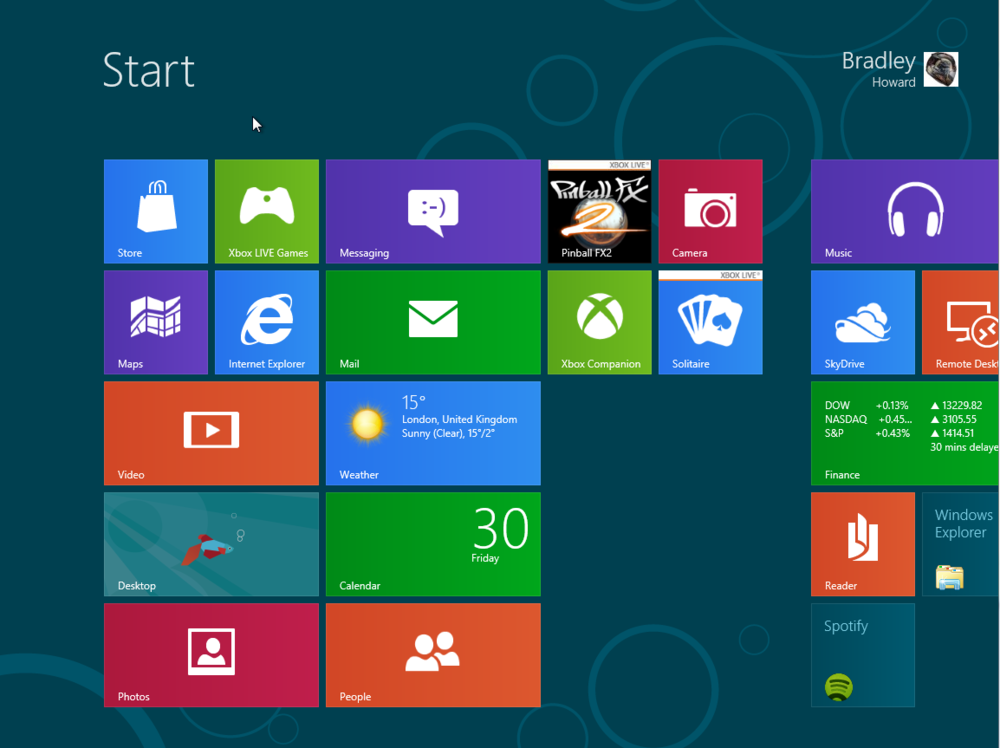 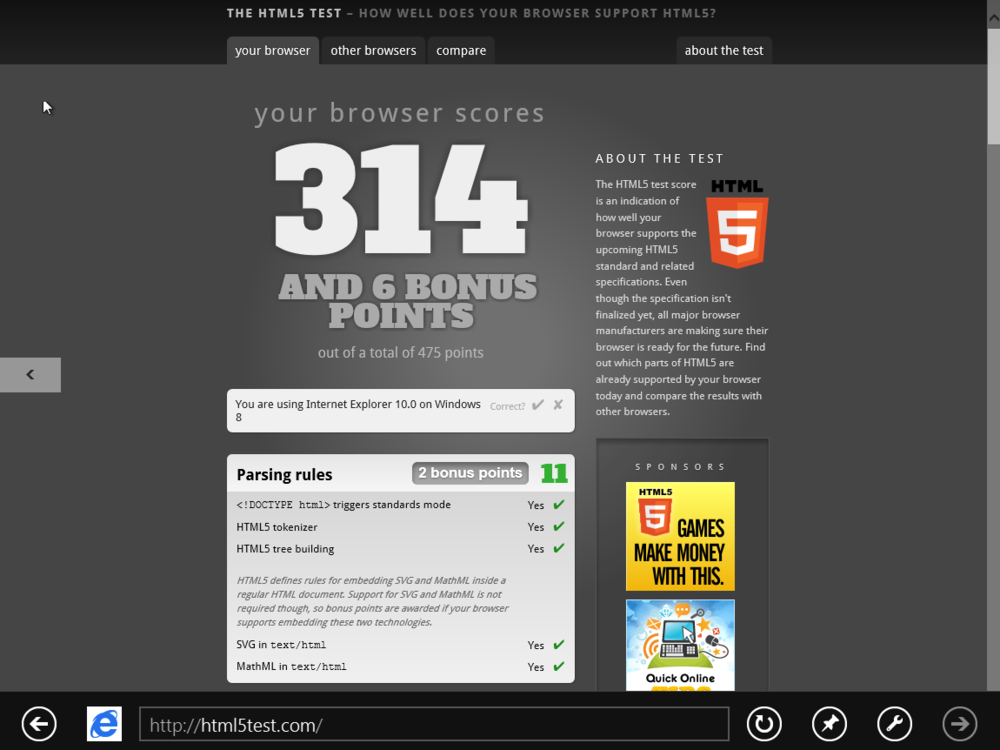 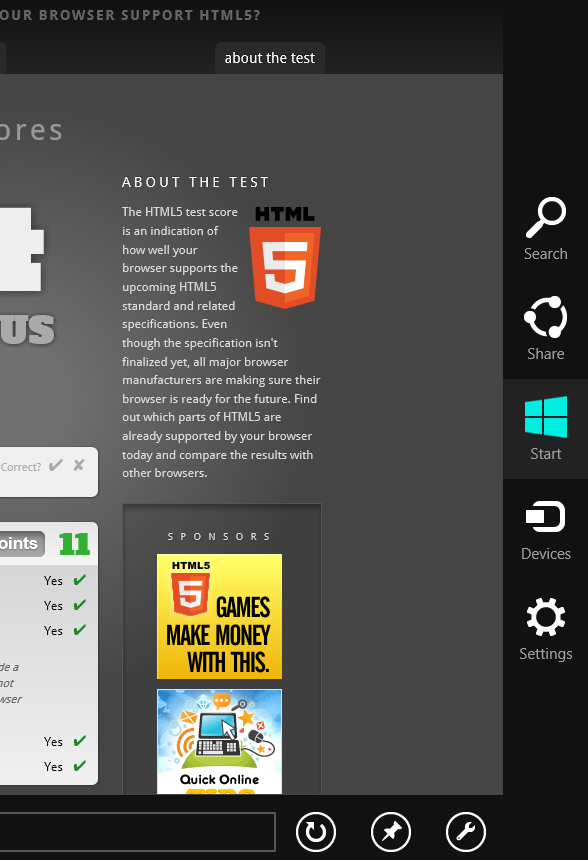 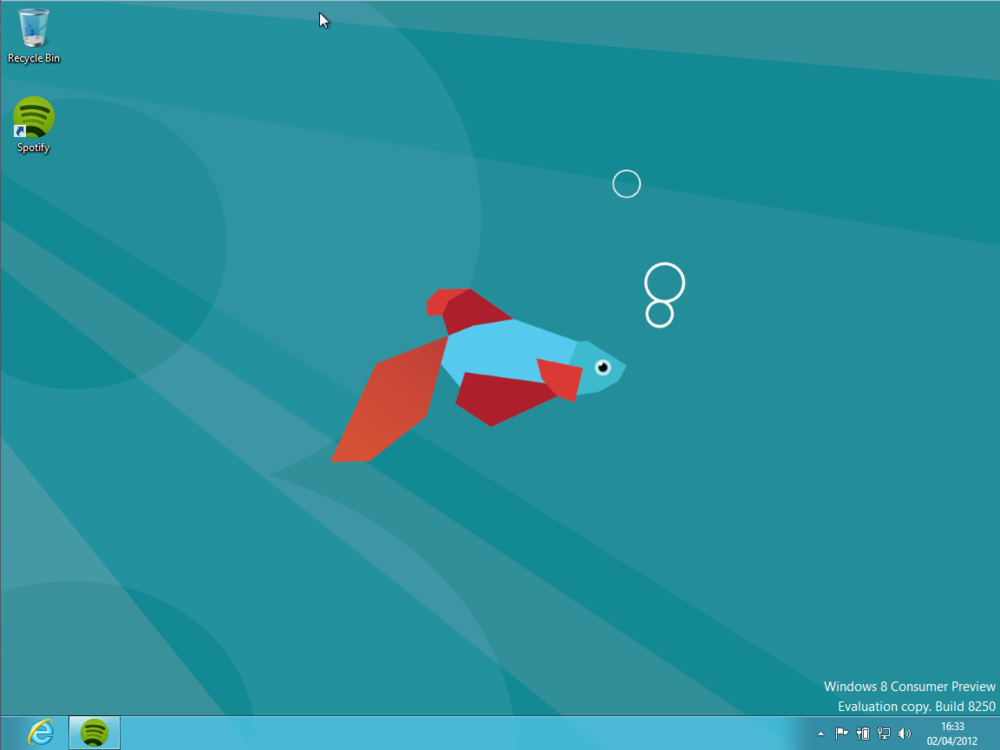 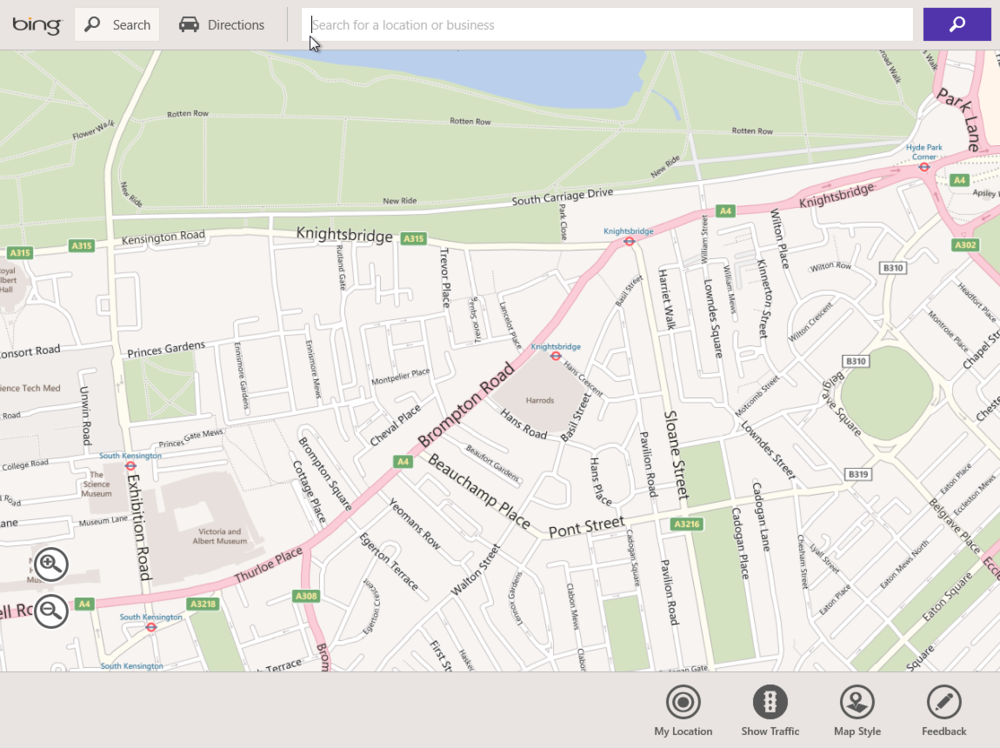 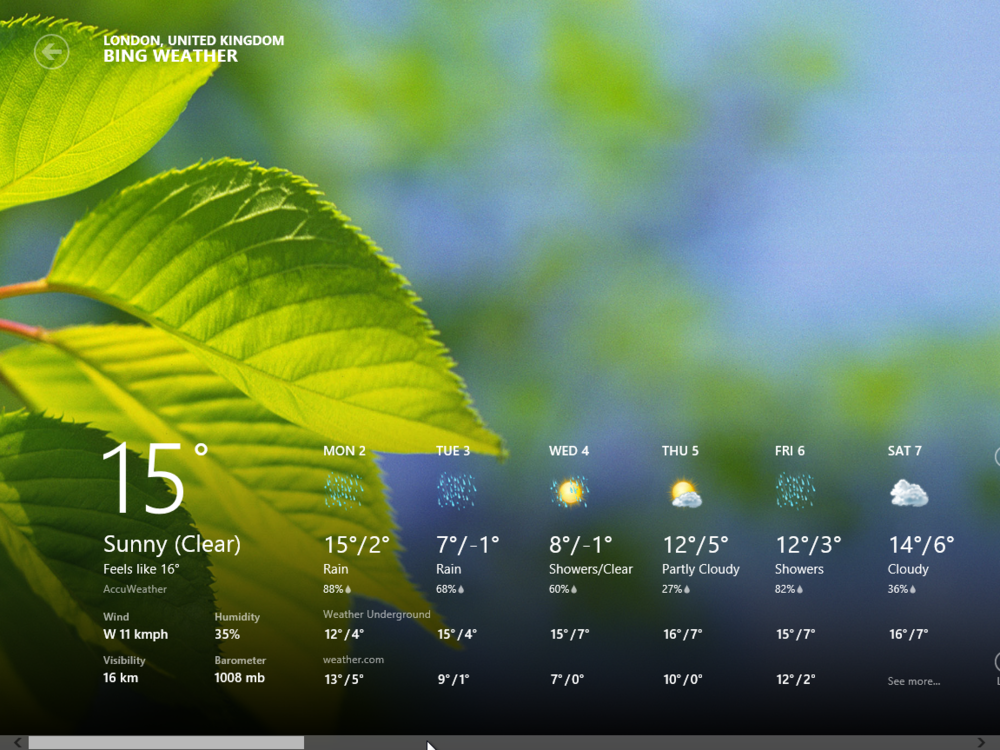 It’s funny how the ‘computer busy’ state is shown on PCs. 15 years ago we all got frustrated when we kept seeing an hourglass that prevented us from doing some work. So Microsoft rebranded the egg timer/ hourglass, probably because some psychologist recommended taking our mind off of ‘time’ being wasted. And so we ended up with a circle. Well in Windows 8, even the circle has been replaced (perhaps Google trademarked ‘the circle’ as part of Google+?) – this time it’s dots flying around the screen, usually in some oddly attractive patterns.

The ‘please wait’ icon isn’t the only change to Windows 8. It’s very, very different throughout. I’ve been using Windows 8 for a couple of weeks now.

I remember the acronym “WIMP” when Windows 3.1 was launched. It stood for Windows, Icons, [dropdown] Menus and Pointer. It was the move away from black and white text terminals into graphical interfaces so that humans could start using computers without a Computer Science degree.

In Windows 8, the only part of WIMP that is left is the ‘I’. Windows have been replaced by full screen, errrr, Windows. It’s a bit like using a tablet on your PC – more of that later. You can switch back to a desktop that looks like the current Windows XP or Windows 7 desktop, and I guess that users will spend most of their time in this view.

One of the most obvious missing features in the desktop view is the start menu. ‘Start’ has been totally overhauled into a separate interface. If you’ve used an Xbox before, it will look very familiar. And if you haven’t used an Xbox before, well, Start is like a games console.

Start is the default screen, not the desktop. In ‘Start’, you see a link to the commonly used apps, and some of the icons contain extra information. For example, the email icon contains some of the subject lines of your emails. The first time I saw this it was really disconcerting because I’d just installed Windows 8, and I was looking at the icons, when a personal message caught my eye and I thought “How does the computer know about that???” – only to realise soon afterwards that it was an email subject line from my wife.

And disconcerting is a recurring theme. It’s only natural to use a different interface and wonder where certain familiar features have been moved to.

Then, by luck, you realise that if you right click on various areas of the screen, you get a simple, context menu appear at the bottom or sometimes the side of the screen and have a Eureka moment.

I remember going to the launch of Windows Vista when Microsoft announced that their usability strategy was to remove right clicks from as many operations as possible because it’s just not obvious to end users. I get the feeling that guy left Microsoft before Windows 8 was created, because right click is everywhere.

As well as using your mouse’s right button more, you’re also going to be using the Windows key on your keyboard more during Windows 8. I already use shortcuts like Windows +E (to get a new File Explorer window), Windows+M (to minimise everything) and Windows+L (to lock my PC), however in reality I hardly need any of those commands over a working day. To use Windows 8, you’re constantly pressing Windows+C to get the context menu working. I can’t remember how I heard about it, but before you know about Windows+C, it is almost impossible to use Windows 8 because you can’t ‘get to’ any other installed programs.

Similar to when you use any Google product where you use your Google account to sign in, Windows has the same feature with its Live ID. In fact, you sign into Windows 8 with your Live ID. Anyone with a Hotmail account will have a Live ID already.

Like all new Operating Systems, half the previous functionality feels like it’s playing hide and seek. Doing Windows Update for example, I had to go to desktop view, open IE, press the Alt button to get the old drop down menus back, and then select Windows Update.

Some of the apps aren’t quite finished. Windows 8 comes with SkyDrive, which is a bit like Dropbox – a file system ‘in the Cloud’. Skydrive shows all the files you’ve uploaded, but when you want to edit say, a Word document, the interface to use Office Live is quite clunky and doesn’t even start to compete with say, Google Docs. Also, because the Windows 8 SkyDrive and Windows 8 Internet Explorer are all full screen experiences, you start getting a bit lost after opening a couple of documents.

Finally, the performance: I’m running Windows 8 in a virtual machine (perversely it only runs inOracle’s VirtualBox, not Microsoft’s Virtual PC) and it’s very, very fast. It’s faster than running Windows XP in Virtual PC, and just as responsive as my native Windows 7 installation. Bearing in mind the virtual machines only uses 2Mb RAM (half my laptop), I’ve been very impressed.

In summary, Windows 8 is very different. It’s clearly targeted at consumers more than corporates, and just as much a tablet Operating System as a desktop. It will take a lot of getting used to, and with the refined start menu, although using ‘classic’ apps such as Word or Excel it will feel the same as Windows 7. Perhaps that’s Microsoft’s strategy – it’s like releasing two Operating Systems at the same time for its different sets of users.

The one thing that will drive you annoy you within a couple of hours are those dots! Bring back the egg timer.